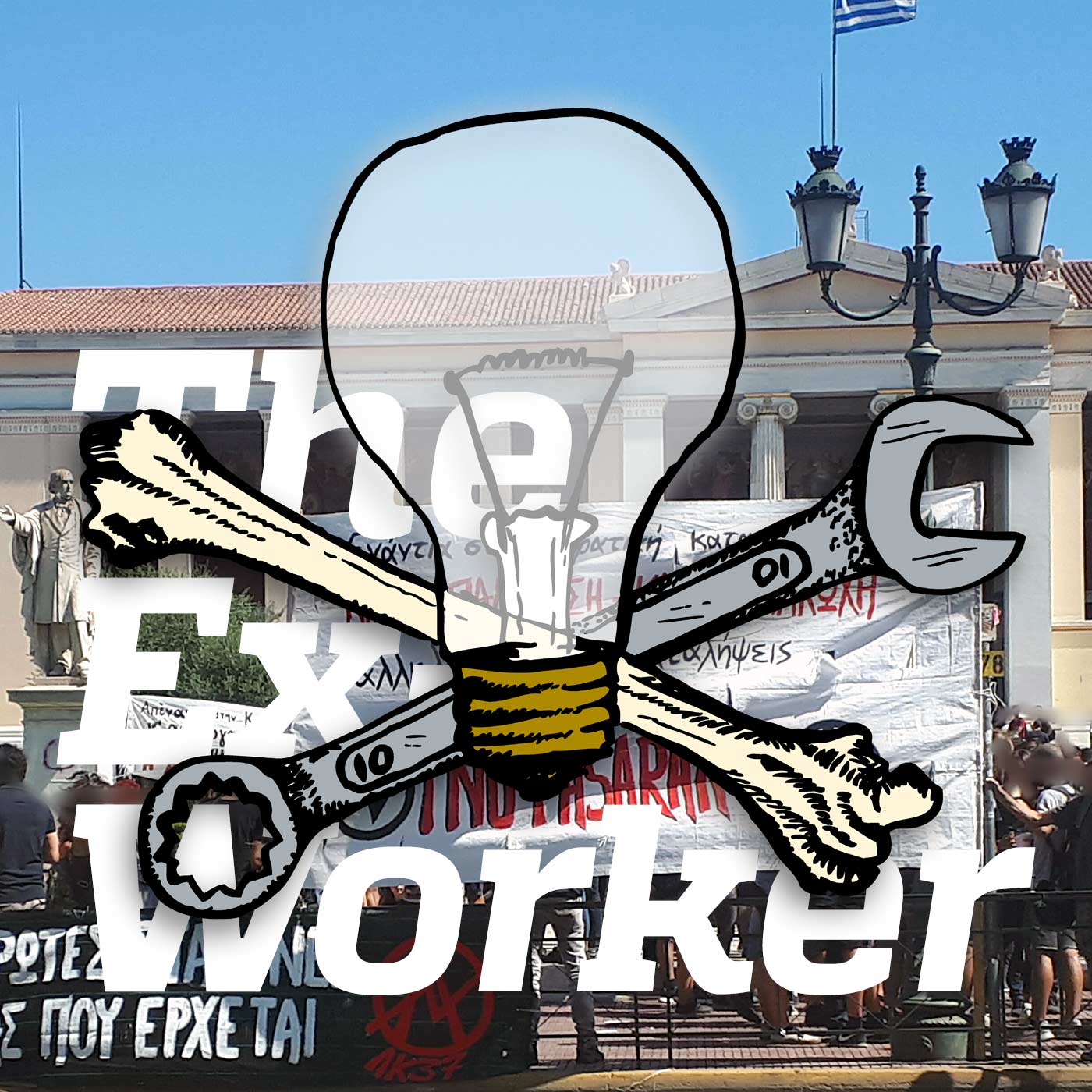 Listen to the Episode — 99 min

On August 26th, riot police under orders from the newly elected right-wing government stormed and evicted four squatted social centers in the Exarchia neighborhood of Athens, Greece, in a serious attack on both precarious migrants and the anarchist and anti-authoritarian movements. In response, Greek anarchists have organized assemblies and demonstrations, while solidarity efforts have poured out from across the world. Both shaken and inspired by these events, the Ex-Worker podcast has emerged from hibernation to ask anarchists in Exarchia what’s going on and what needs to be done. This episode explores the situation in Exarchia through three interviews with anarchist residents of the renowned radical neighborhood. The first is an audio version of “The New War on Immigrants and Anarchists in Greece,” published on the CrimethInc. blog on August 28th, which gives an in-depth analysis of the evictions with historical context and insight into the dynamics of the Greek anarchist movement, supplemented by an excerpt from the 2015 piece “Syriza Can’t Save Greece.” The second is a long discussion with a squatter from the Lelas Karagianni 37 squat in Exarchia, the oldest squat in Greece and a central hub for assemblies and anarchist organizing in Athens; it touches on the role of the media and the previous Syriza regime in paving the way to this wave of attacks; the anarchist movement’s strategy for regaining the initiative from the state; and the significance of international solidarity. The third and shortest interview with the Void Network reports back on the September 14th anti-repression demonstration in Athens and reflects on the prospects for ongoing resistance. Tune in to learn more about this critical struggle to defend freedom and autonomy in an inspiring enclave of radical experimentation. {September 18, 2019}